Greetings and salutations from the warm Midwest!

It’s about time things warmed up a bit. But, if you are a little older, you will remember that Spring was always sweatshirt and jacket weather with the occasional warm spell. What we have just experienced was more historically “normal”, if there is such a thing. That is, if you exempt the severe winter storms that hit down south. 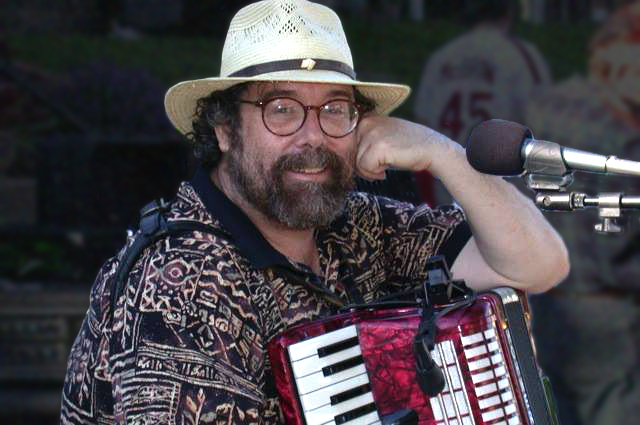 About the only thing being a seasoned aquarist is good for is the ability to say things like: “I knew Wayne Leibel for 40 years.” Over that time, I knew him in many roles, educator, author, editor, advanced aquarist and, of course, friend.

I first spoke to Wayne sometime in the early ‘80s. I had read something that he wrote and I wanted to talk to him about the topic, so I asked Lee Finley, who was my source of aquatic books at the time, if he had Wayne’s phone number and he did. So, I called Wayne. Now, that’s not such a big deal to most of you but at that time, my speech impediment had a bad habit of rearing its ugly head at the worst times and so it did when I called Wayne. My first call to Wayne was him saying “Hello”, me having a devil of a time responding, and he hung up on me. Damn it, I thought. I called back. The second time I called him, he answered, I stammered and he hung up again. Sonuvabeach, this wasn’t going well. (Stutterers have a heck of a time ordering pizzas as teenage girls usually answer the phone and think that someone is pranking them. Click! No pizza for you.) So, I immediately got back on the phone, called him a third time, (It’s a charm right?) he answered and I blurted out in anger “Don’t hang up the damned phone!” He didn’t. I explained, we laughed, and had a nice long talk. We became fish friends that night.

Wayne and I would then talk regularly on the phone, correspond and meet up at cichlid conventions. He was quite the character. It was in Louisville, in 1992, that we really hit it off. So much so that for some reason, and I have no idea whose bright idea it was, we took a photo together, fully clothed, covered up in bed with only our heads peeking out of the covers. William Gillies took the photo but fortunately, er … I mean, unfortunately, that photo is lost. We were just clowning around and having great fun. (I actually just spoke to William last night, 5/18, trying to find the lost photo.)

Wayne and I had a saying between us as we got older. “I may be old. I may be a %#$%&*’er but I’m not an old %#$%&’er.” I cannot print the word he used, just use your imagination. So, at one convention, I tried to sneak in late to one of his lectures and I thought that I was being stealthy enough to go unnoticed. Nope, Wayne, in front of the entire crowd, stops in his tracks, calls me out and laughingly says: “We may be old, and we may be %#$%&’ers, but we’re not old %#$%&’ers.” The audience was aghast, wondering what the heck that was all about. I just stood there shaking my head in disbelief and Wayne was grinning like a Cheshire Cat behind the podium. Geez, Wayne, what were you thinking. LOL! As I said, he could be quite the character.

If you knew Wayne, you also knew that he disliked mbuna. He called them mean or aggressive tetras. Once, when he stayed at my home, he was staring into my 200-gallon mbuna tank in the family room and said that the only mbuna he would ever consider keeping was the strain of Labeotropheus trewavasae that he saw in my tanks. I was pleasantly surprised, to say the least.

This past Sunday, I was mowing the lawn of my 5-acre property. It takes me four hours to do it on the rider mower and it allows me to think about things that the daily routine drowns out. I thought about Wayne and told my wife that I have to send Wayne an email soon. It had been a while. Too long. The next morning, I heard about his passing when Ted Coletti made a posting in the Aquarium Hobby Historical Society of America FB page. I was shocked to say the least.

So, in this time of sorrow, I prefer to remember the fun things about Wayne and our friendship. Yes, he will be sorely missed in the fish world but he will be remembered, by me, as my crazy friend who lightened up the room with his presence. Farewell, Wayne, I hope to meet you on the other side where we can continue the escapades.

Rest in Peace, my friend. 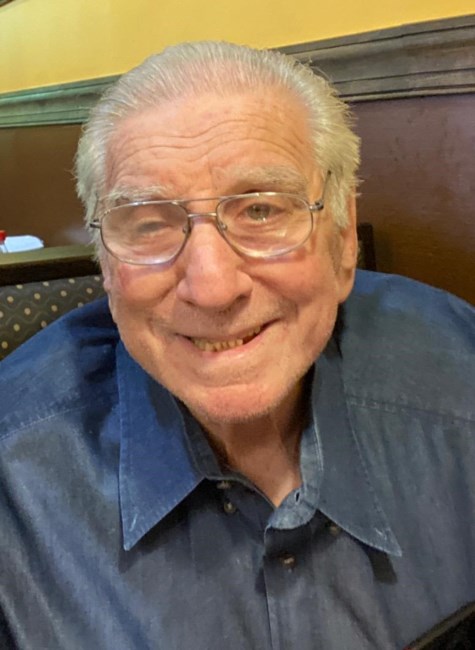 When I was a 15-year-old kid, in 1970, I was raising Pink Convicts and found perhaps the first calico convict ever in one of my spawns. It was a male and had a lot of dark markings on one side and only a few spots on the other side. Wow, I knew that I had something unique. Being the fish geek that I was, I tried to cross the male with a few of his sisters and also with his mother (I wonder if he got an Oedipus Complex after that?) but to no avail. I could not get any other fish to exhibit the pattern. So, I had this book, Cichlids, by Robert J. Goldstein, PhD, that just came out with Pelvicachromis on the cover, that at the time, was the only book dedicated to cichlids in the hobby. I grabbed a copy as soon as it came out and poured over it, repeatedly. I think I wore it out in the first month. I looked up the author in the already constantly paged-through book, and learned that he was at Emory University. I sent him a letter and I got a reply. Imagine that, a professor at a university took the time to respond to a kid like me. Dr Goldstein was definitely interested in the fish and, since I was not having success passing the genes along, he asked if I would pickle it in rubbing alcohol and mail it to him. Which I did.

Somewhere, in my boxes of memorabilia, I have the letter from Bob Goldstein that he sent a kid, explaining somatic mutations and the like. I was thrilled that he responded and that left an impression on me ever since.

I still have that book, the binding is missing from constant use in my early years and a piece of masking tape holds it together, but it is a prized possession that I will pass on to some aquarist one day. We lost a great part of the aquarium hobby recently and he will be sorely missed. May you Rest In Peace, Dr Bob, knowing that your work and your memory lives on, especially in the hearts and minds of kids like me. 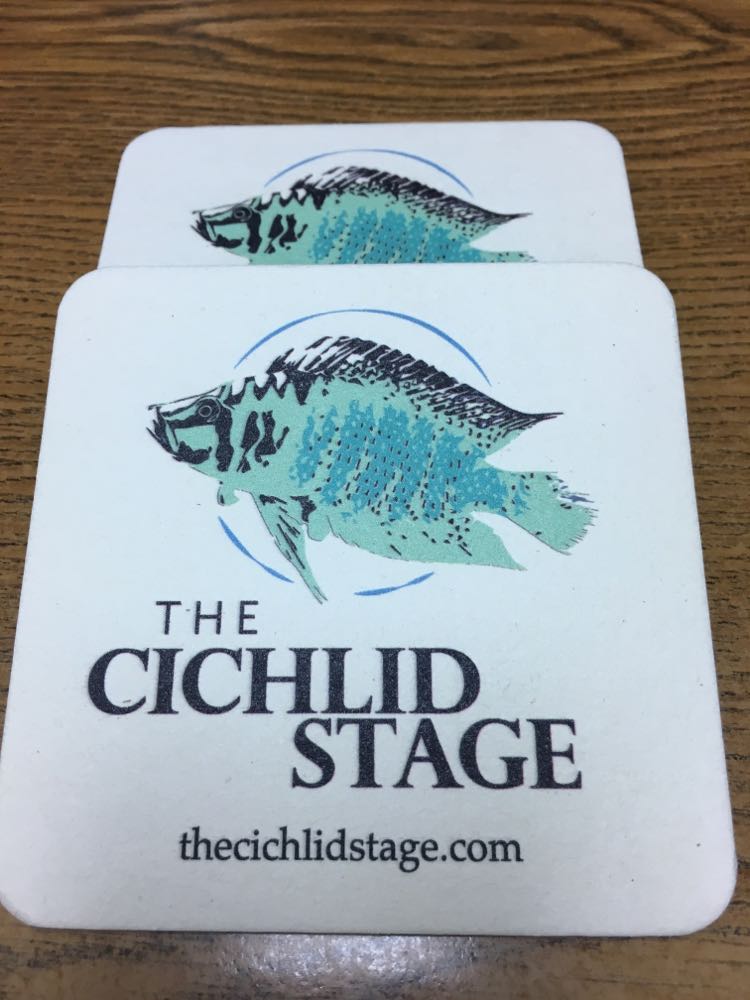 Did you know that there is a blog devoted to cichlids? Scott Wells, an ACA member, writes the blog and recently asked if I would do an interview with him. Thanks for asking, Scott. I thoroughly enjoyed doing the interview and had a great time reading the others in the blog. I also got a cool set of coasters from Scott. If you have some time, go to thecichlidstage.com where you will find a wealth of information along with interviews of numerous hobby luminaries. Daryl Hutchins was interviewed, too. Check it out. I hope that you enjoy it. 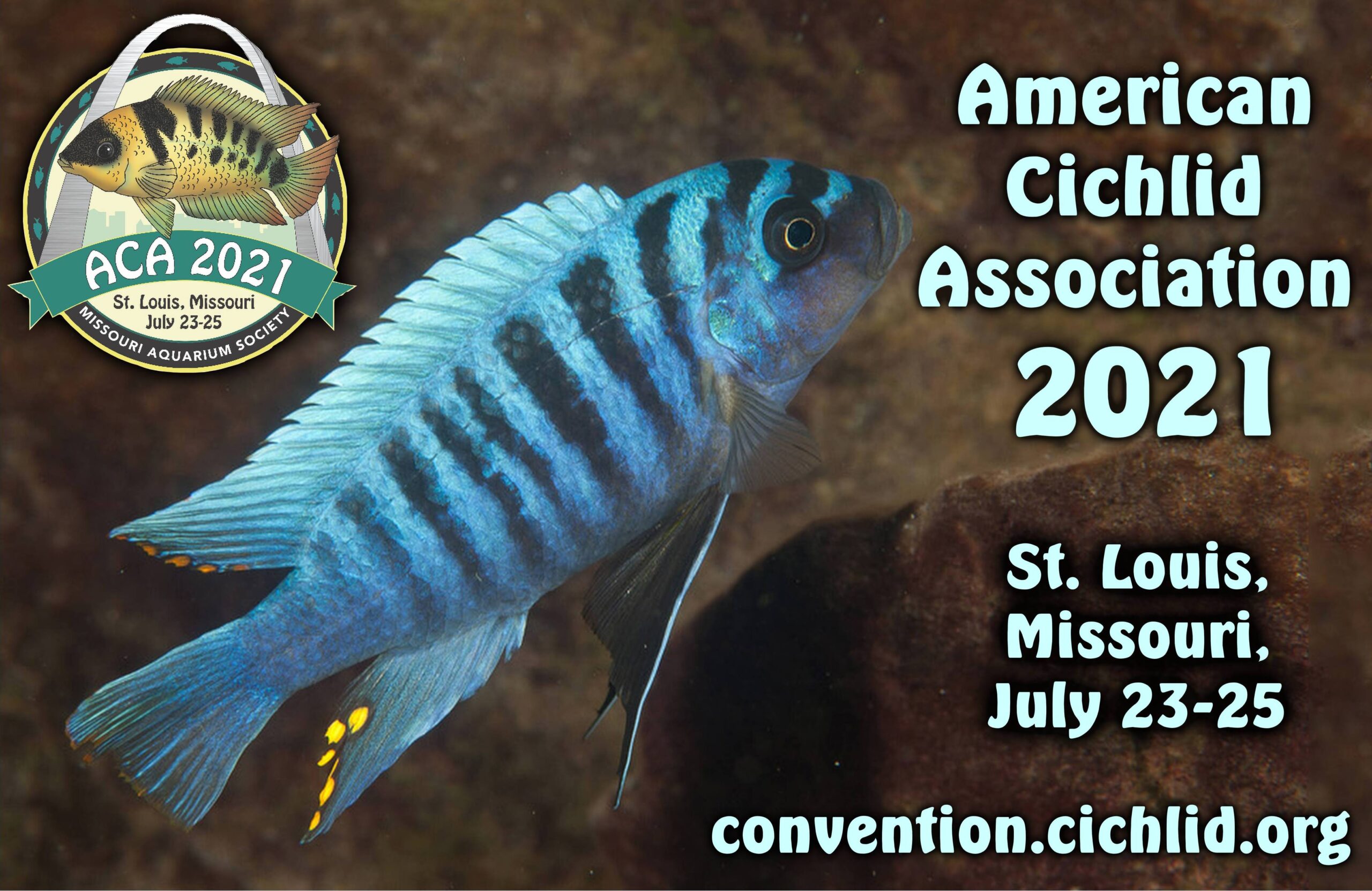 As the pandemic is winding down and more and more states are opening up, people are starting to book rooms and send registrations in to the convention. I know that a large contingent of Chicago people have already made their plans.

I just read that Missouri opened up to a large extent on May 4th and that restrictions are being lessened statewide. It is all a good sign. So, look at your schedule, do your research, and, if you feel comfortable attending, make your plans today.

Ripple Africa is a non-profit organization that is working with native peoples surrounding Lake Malawi. One of their projects is the education of the population regarding proper use of the fishery. They teach how mosquito nets used as fishing tools are bad and harm the fish population by removing the entire fish stock. Well, it’s working. Today’s email had a story about how the population of “Chambo”, Oreochromis lidole, is being caught with sizes being like they caught 20 years ago. This is a great victory for the lake and the fish populations. The people can fish for larger fish, leaving the young behind to reproduce and sustain the populations of both fish and humans. Ripple Africa should be looked at, by the BOT, to help them in their conservation efforts. Go to rippleafrica.org for more information. Click on: What we do/Environment/Fish Conservation to get the scoop. Since I have previously contacted this group, I would be glad to be the go-between.

“It’s not what the ACA can do for you; it’s what you can do for the ACA.” A wise man left us these immortal words of inspiration. Out of that, may have come this little ditty: youtube.com/watch?v=LiQW1TlDZMU

As you may have guessed, it’s that time again to call for nominations to the BOT. You can join in the running of the ACA by volunteering your time to it. Send a brief bio to me or Daryl for the ballot or, if any of you think of another member who would be great at running the ACA, you can nominate them. They, of course, must agree to run and supply a brief bio for publication, as well.

Five positions are available. Send your bios to: [email protected]

Now, please sit down and write an article or two for BB. You know you want to.

Have a great month.

Send your cichlid-related news/events to the AN Editor at [email protected] and we will be happy to help you spread the word about your local events. Please allow six weeks lead-time.

Please ensure that the ACA has your current e-mail address. Otherwise we could lose touch … e-mails not arriving, fire and brimstone coming down from the skies, rivers and seas boiling, 40 years of darkness, earthquakes, volcanoes, dead rising from the grave, human sacrifice, dogs and cats living together – mass hysteria! Oh, wait …

Your street address and/or mobile/phone number could prove useful too … just in case.